Ed. Note: Greer will be reading at Powell’s Books in Portland this evening, 7:30pm.

jjjjj
Kyle Minor: Like many readers, I first learned about your work when John Updike reviewed The Confessions of Max Tivoli in the New Yorker. He spoke of how his own teacher, John Hawkes, once astonished his class by saying, “When I want a character to fly, I just write, ‘He flew.'” Updike called this a “dizzying freedom” that “holds an opportunity to dramatize certain existential questions that mark the beginnings of philosophy in a child.”
ggggg
In Max Tivoli, you used that freedom to simply allow a man to age backwards, toward the end of questions Updike described so elegantly: “Why am I—my consciousness, my mind—in this body and not another? Why do I exist now instead of in the past or the future? Why does time only move forward? What would it be like to live life backward, from old age to infancy?”
jjjjj
You embrace a not-dissimilar freedom in The Impossible Lives of Greta Wells. Magic (and, it seems, electroconvulsive therapy) makes “a thimblerig of time,” and the narrator knows how “They say there are many worlds. All around our own, packed tight as the cells of your heart. We cannot go there–we would not survive in most. But there are some, as I have seen, almost exactly like our own–like the fairy worlds my aunt used to tease us with . . .”
jjjj
As with Hawkes’s flying, and Max Tivoli’s reverse-aging, the mechanism by which Greta Wells spends three months cycling through variant versions of her life, in 1985, 1918, and 1941, is never clinically explained. I think that’s because, as Updike implied, it doesn’t matter. What does matter, I think, is the questions that are raised by the juxtaposition of the three timeframes in which Greta is living. I wonder, though, if the questions that interest this book most might have moved out of the realm of the exclusively existential, and in the direction of questions about the relationships between individuals and society, systems of power, cultural consensus about who belongs to which role, and what that means for those assigned by virtue of, in the case of this book, gender (or, to easily extend the metaphor, by ethnicity or nationality or religion or sexual orientation.)
jjjj
Were these the kinds of questions you had in mind? Are these the sorts of habits of mind that animate the writing of a book where character, as preeminent as you make it, is preceded by a conceptual conceit?
jjjj
Andrew Sean Greer: The difference might solely belong in the choice of narrator—namely, a woman.  In Max Tivoli, his quandary was really an opportunity to think about the body, the anxiety of self-perception, which is why the book seemed (unexpectedly) to register both with older adults and with teenagers—people whose bodies do not seem to reflect their sense of themselves. Being “trapped” in a body covers a lot of territory. But Greta’s “magic” moment takes her, as you say, into a different set of power structures; her surprise is not who is in the mirror, but how the same person could be utterly changed, even physically, simply by the time in which she lives.
jjjj 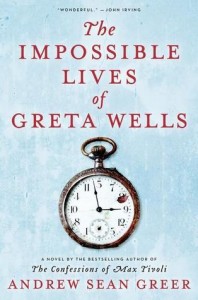 The novel, as I wrote it, became a kind of battle against the expectations of each era.  Men struggle with “what do I want to do with my life?” which is enough of a struggle. But I think the thoughts many women have (“what is expected, what is allowed, what if I just say screw it and do what I want?”) complicate the simple expression of self. That really interested me. The magical element of both books is done away with quickly (Karen Joy Fowler advised me just to go for it, without explanation) so that I could go ahead with my real interests. Which turned out to be interpersonal.  She is NOT interested in changing history; she doesn’t think she could make a change in any case. But she wants to change personal histories, though of course that often seems like meddling when people do it to us.
gggg
This could also be why some might try to categorize the novel as sci-fi, or even romance, because it deals in impossible situations, and charts varieties of love, but I don’t think that’s a helpful way to think about books. We don’t care what’s in the beaker Dr. Jekyll swallows, just the results. I’m happy with speculative fiction: given this, what now? But that describes everything: given a captain obsessed with a white whale, what now?
jjjjj
KM: It’s been quite a few years, now, since David Foster Wallace predicted that the “next real literary ‘rebels’ in this country might well emerge as some weird bunch of anti-rebels, born oglers who dare somehow to back away from ironic watching. The new rebels might be artists willing to risk the yawn, the rolled eyes, the cool smile, the nudged ribs, the parody of gifted ironists, the ‘Oh how banal.’ To risk accusations of sentimentality, melodrama.””
jjjjjj
Maybe it was a deceptively easy thing for him to say, since his career began with a cold brainy approach to literature that seemed most happy to show off all the things he had learned from the postmodern masters of the Sixties and Seventies. If he wanted to grow and deepen as a writer, there really wasn’t anywhere else to move but in the direction of a deepening empathy, a push toward meaning-making and the risk of writing through the points of view of characters whose wants and desires and fears and loves were offered in their sincere fullness. The reader was meant to experience the moment by moment through the characters, rather than viewing the characters, as before, as objects of study.
fffff
But for Wallace, even late Wallace (save a few passages from his posthumous and incomplete novel The Pale King), all of it came packaged with the armor of his self-conscious hyper-cerebrality, and the hipness of his mixing of dictions high and low, and perhaps most of all the testosterone-heavy gender-normed heterosexuality, a thing to be safely embodied even as it was being examined and picked apart.
hhhhh
That’s not you, though, or at least this one reader hasn’t experienced your books in that way. The interior life gets its play in your books every bit as much as it does in Wallace’s, but your impulse from the beginning seemed to be more strongly in the direction of the sensory, the relational, the emotionally reflective. There is room for wonder, and there is always a big space created for the longings and losses that are the price of love, sure, but which also amplify the experience of love, a position for which it seems Proust is at least one antecedent.
jjjj
In your Daily Beast essay–Boys Don’t Cry: In Praise of Sentiment–you write: “As it is in the schoolyard, so it is in the book section: the only style that gets a male writer beaten up is wearing his heart on his sleeve.” A few of the reviews of The Impossible Lives of Greta Wells which have appeared since the essay’s publication seem almost to be parodies of the critical position toward sentiment that you described, a development that was inevitable only because you were right in the way you observed its flourishing in American literary culture.
ffff
Why do you think anything from a male writer that whiffs of sentiment is in for such harsh treatment by the critics? And do you think your willing acquaintance with sentiment is the same thing as sentimentality? Because when I think of the last few novels, I think not only about how they have made me cry, but also of the cleverness of their structures, their formal relationships to their titles, and how in so many ways they are haunted by the knowledge that death will be visited upon everyone. In addition to being expressions of the consciousness of the individual characters at the level of the sentence, the paragraph, the section, they are also machines that force the reader to see what has been blurred and domesticated by familiarization. There is a near-invisible cold precision, I mean, that is covered over by the warmth of the prose, and what it calculates and sets into motion is an offsetting darkness. Probably you have a more considered way of talking about these things.
jjjj
ASG: That seems as well-considered as anything I’m likely to come up with, but I will say my inclination is towards cleverness, and it is one I fight against; I’m not sure I’ve ever written a piece of fiction that isn’t, somewhere underneath, whirring with mental machinery. But I discovered long ago that the clanking sound it makes is not emotionally gratifying, and I have forced myself, with each novel, to go ahead without any plan at all in order to work my way into dark corners that no outline would ever have allowed. That leads to a lot of dead ends, but sometimes it leads to surprises.
ggg 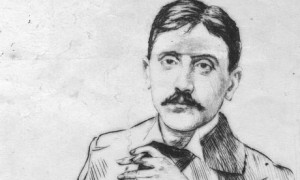 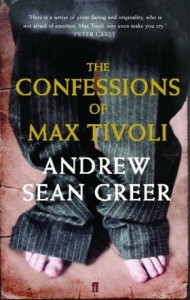