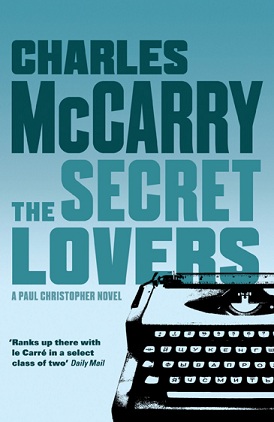 “The sun shone feebly through the overcast, like a lamp covered by a woman’s scarf in a shabby hotel room.” Charles McCarry, The Secret Lovers 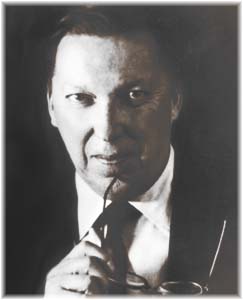 Two pages into Charles McCarry’s 1977 novel The Secret Lovers, the reader comes across this sentence buried in the middle of a paragraph. A throwaway line, a felicitous toss-off. The simile made me sit up and ease into the book all at once. Sit up, because at first it seemed to be overreaching. What a fussy comparison, so picky, so conditional, with so many parts, so many qualifiers. A glow screened not just by any old thing, but a scarf, a woman’s scarf at that. Not just any lamp, but a hotel lamp. Not just any hotel, but a shabby one.

Ease in, because that simile had the control and casual flair of true style. It turned the outdoors of cloudy Berlin into the seedy indoors of illicit transaction. It conjured a baleful world of uncertainty and futile activity. It gave off a whiff of adultery, that pastime inextricably entwined with espionage and with the novel itself, from Tolstoy to Flaubert. After that line, I entrusted myself to McCarry, knowing I was in good hands.

Not that I mistrusted him to begin with. To hear of McCarry is to hear high praise. He comes highly recommended from every quarter. To read him is to be initiated into the work of the secret American master of the spy novel. Almost fitting, that the best of the clandestine genre should itself be known only to a few, and indeed it was as samizdat that McCarry’s work survived, commended with a handclasp and a kind word from friend to friend, until in 2004 Overlook Press began reprinting his entire oeuvre.

Of course there is that other McCarry, a chiaroscuro of rare facts that can nevertheless obscure the work. McCarry who quit Harvard for the Army. Who did ten years in the CIA, in Asia, Africa, and Europe. Biographer of Ralph Nader, ghostwriter to Alexander Haig, speechwriter for Henry Cabot Lodge. Savaged by Christopher Hampton in his only NYRB review. Anointed a prophet for The Better Angels, his 1979 novel about Arab terrorists hijacking jet planes as weapons during a millennial presidential election rigged by a candidate with ties to the energy business.

If anything, his previous book, probably his most famous, had sold me. 1974’s The Tears of Autumn, featuring his perennial CIA hero Paul Christopher, offered an alternate explanation of JFK’s assassination. Autumn begins much more authoritatively, wearing the starch of that crisp McCarry style on its sleeve: “Paul Christopher had been loved by two women who could not understand why he had stopped writing poetry.” Genre work in any medium too often earns praise for merely flouting convention, as if the measure of audacity were departure from formula and not the depth of one’s unflinching gaze into the human heart. Yet admittedly rare is the spy novel that mentions poetry as an opener, and rarer still the series that makes a lapsed literary calling its main character’s defining trait. Impeccably informed, astutely political, convincing in the smallest detail, McCarry’s novels deal not only in the news it is famously “difficult” to get from poems, but also that lack of what is found in them, which leads men to miserable deaths.

The Secret Lovers, too, flouts formula. Ultimately devastating, it is not particularly suspenseful. For much of the middle, the same six characters circle each other around Paris, meeting for meals, making progress reports during weekly rendezvous. The MacGuffin is a manuscript smuggled to the West, a novel by a brilliant Russian writer part Pasternak, part Solzhenitsyn. A great deal of hemming and hawing goes on about how, when, and with whom to publish it. In French? In English? In the original? Is publishing it a death sentence for the author, still in Russia?

In McCarry’s novels, history is fate. The choices we make to survive leave us open to manipulation. His novels are also exemplary illustrations of geopolitics: eventually, their plots draw what seem at first disparate settings plausibly, unpredictably together, linked by a single thread of conspiracy.

Lovers, despite coming later than its predecessor Autumn, steps back in time to examine Christopher’s marriage to the first of the two women Autumn’s first sentence mentions. The Secret Lovers opens with a man fussing over a briefcase. The tone is factual, mechanical, competent but slightly dry. Until that line about the lamp. Which, if it sticks with you, manages to seem prescient. You could credit it with forecasting the novel’s themes: the slow erosion of trust, love’s defeat at the hands of shame, and what do you know? Adultery.

The winner of the 2010 John Dryden Translation prize, Clarion alum Edward Gauvin has received fellowships and residencies from the National Endowment for the Arts, the Fulbright program, the Centre National du Livre, and the American Literary Translators’ Association. His volume of Georges-Olivier Châteaureynaud’s selected stories, A Life on Paper (Small Beer, 2010) won the Science Fiction & Fantasy Translation Award and was a finalist for the Best Translated Book Award. Other publications have appeared in The New York Times, Tin House, Subtropics, Conjunctions, World Literature Today, Fantasy & Science Fiction, and PEN America, among others. The contributing editor for Francophone comics at Words Without Borders, he translates comics for Top Shelf, Archaia, Lerner, and Self Made Hero. He writes a bimonthly column on the Francophone fantastic at Weird Fiction Review.

The Art of the Sentence: Saul Bellow